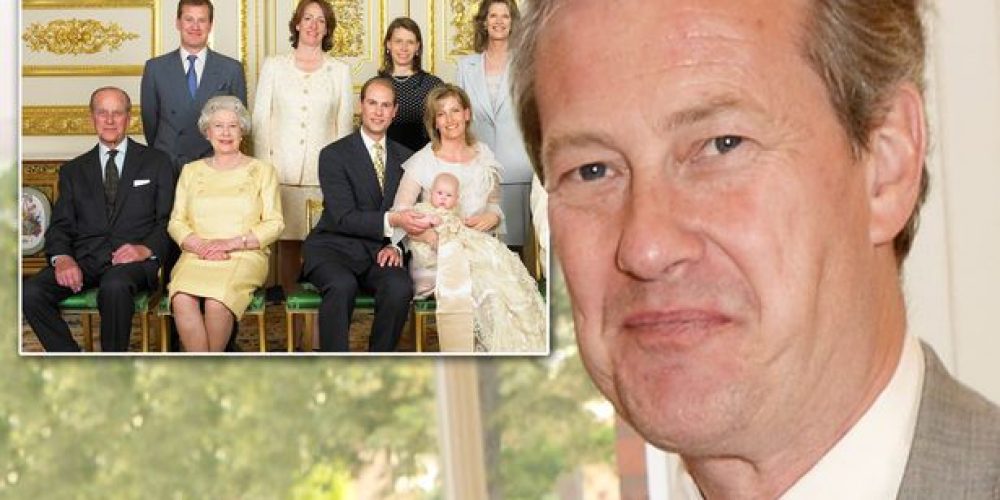 Queen Elizabeth II’s distant cousin, who is openly gay, announced he was to wed his partner this summer.

It will be the first same-sex marriage in the extended British royal family.

“It’s symbolic,” said royal commentator Richard Fitzwilliams.“The royals were in a form of straitjacket before about who they could marry. And there was a stigma for years and years in British society [about being gay]. This wedding also shows that the royal family is not immovable.”

Lord Ivar Mountbatten, the great-great-great-grandson of Queen Victoria and great-nephew of Earl Mountbatten, who was killed by the IRA, has said that he will tie the knot with James Coyle in an intimate ceremony on his country estate in Devon.

His ex-wife, Penny Mountbatten, whom he married in 1994 and with whom he has three children, will give him away during the ceremony.

Speaking in an extended interview with Britain’s Daily Mail newspaper, Mountbatten said that his lifelong friend Prince Edward — Queen Elizabeth’s youngest child — is unable to attend the wedding, but that he and his wife, Sophie, Countess of Wessex, “adore” his husband-to-be.

This wedding announcement, of course, comes soon after another historic royal betrothal.

Prince Harry, the queen’s grandson, and Meghan Markle married in a lavish ceremony in Windsor Castle in May. The couple is now known as the Duke and Duchess of Sussex.

Markle’s acceptance into the royal family was unique and highly significant in its own way. She is biracial, a divorcee, a former actress and an American citizen — any one of which would once have disqualified her from marrying a prince.

“We really have had a sea change in society in the last couple of decades and also attitudes have changed towards not labels, but what makes people happy,” Fitzwilliams said. “That’s the litmus test of a society.”

But while Mountbatten’s union may be a first, it has caused fewer headlines in Britain than Steinfeld and Keidan’s Supreme Court ruling.

The younger generation of royals — Prince William, Prince Harry and their wives — have spoken out in support of LGBTQ rights, and the majority of the country is supportive of the idea.